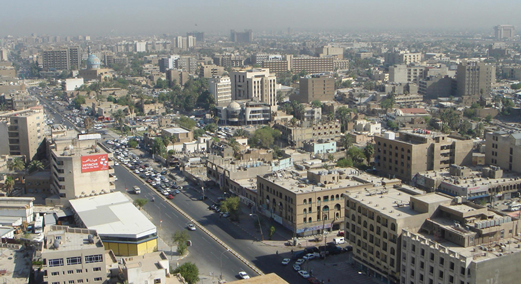 The National Bank of Iraq (NBI) signed a trade finance agreement with the International Finance Corporation (IFC), a member of the World Bank Group, to help the bank’s client businesses access global markets, boosting trade and spurring economic growth. In addition, a Memorandum of Understating (MOU) was also signed between the two parties whereby the IFC will provide NBI with support related to the field of Corporate Governance. The two agreements were signed during a special ceremony held on this occasion on Sunday the 11th of November, 2018, under the patronage of ‎His Excellency Ali Mohsen Al-Allaq, Governor of the Central Bank of Iraq.

The agreements were signed by Mr. Ayman AbuDheim, CEO of NBI, and Ms. Dalia Wahbeh, IFC Director for the Levant. The signing ceremony was attended by a number of official representatives from different Iraqi financial regulatory bodies, as well as the bank’s corporate clients, its board members and executive team members.

Under the trade finance agreement, NBI will join IFC’s Global Trade Finance Program, a step that will enable the bank to provide its corporate clients with a suite of trade finance facilities, making the National Bank of Iraq the only Iraqi bank to join this program.

“We consider this partnership with the IFC a strategic milestone that will enable us to provide a competitive range of banking services to our corporate clients,” said His Excellency Bassem Al-Salem, Vice Chairman of the National Bank of Iraq, “This will help them grow and bring in vital supplies to the country and reach international markets, to boost development and growth in the long term.”

Al-Salem added that:” over the past years, the National Bank of Iraq has succeeded in obtaining a global reach, enabling it to attain trade finance limits from various correspondent banks. This outreach reflected positively on the volume of Letters of Credit (LCs) which amounted to over $700 Million in 2017. We cannot deny the paramount role that our strategic partner - Capital Bank of Jordan, which owns around 62% of NBI shares, had played in providing all means of support since 2005.”

“Cross-border trade has a positive impact on economies and also helps raise the bar for the banking sector,” said Wahbeh, “The facility will also enable the National Bank of Iraq to expand its correspondent network and support its business diversification strategy, which is vital for long-term sustainability.”

The initiative is part of IFC’s $5 billion Global Trade Finance Program, which works with more than 600 partner banks worldwide, offering them partial or full guarantees and covering risks in transactions where cross-border trade is constrained.

Trade finance plays a key role in facilitating cross-border trade as it fills market gaps between importers and exporters by providing guarantees to banks. Supporting trade will help create much-needed jobs and reduce the poverty rate.

The agreement is part of IFC’s wider strategy to support the economies of fragile and conflict-affected states, helping them recover from years of severe decline.

Under the MOU, the IFC will provide the necessary support for NBI in order to enhance the bank’s corporate governance system, ensuring the implementation of best practices in this field.